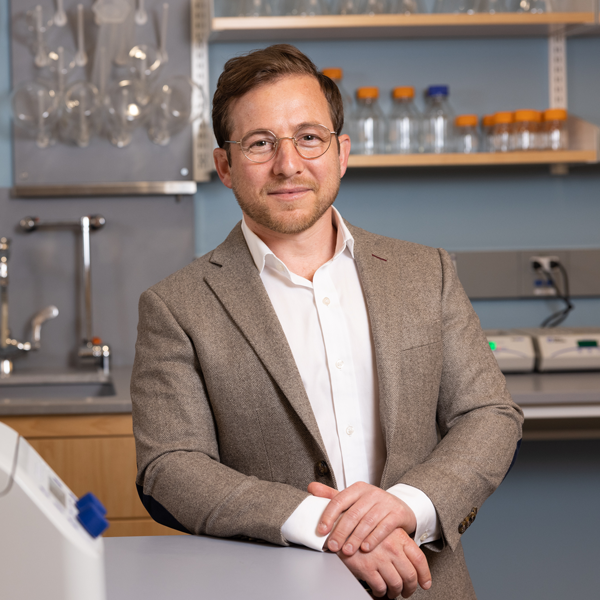 Boston, Mass. — Researchers at Mass Eye and Ear and Mass General Hospital have developed a blood test, or liquid biopsy, for head and neck cancer associated with the human papilloma virus (HPV) that was shown in a new study to be more accurate, faster and cheaper than conventional testing methods.

In the study, published December 2 in Clinical Cancer Research, a journal of the American Association for Cancer Research, liquid biopsy was more than 98 percent accurate and obtained a diagnosis 26 days quicker on average than conventional tissue biopsy. The cost of the novel test was 38 percent lower than standard methods. When the researchers combined the liquid biopsy with findings from routine imaging and physical exam to create a fully non-invasive diagnostic approach, diagnostic accuracy remained greater than 95 percent.

With HPV-associated head and neck cancer rates on the rise, there is a great need for more accurate, less-invasive, faster and less expensive diagnostic tests, according to authors of the study.

“Current diagnostic approaches for HPV-associated head and neck cancers are imperfect and invasive, which means patients often need repeat biopsies to get to the diagnosis, thereby delaying care and increasing uncertainty, not to mention the discomfort of the procedures.” said lead study author Daniel L. Faden, MD, a head and neck surgical oncologist and investigator in the Mike Toth Head and Neck Cancer Research Center at Mass Eye and Ear, and assistant professor of otolaryngology–head and neck surgery at Harvard Medical School. “Our results show strong proof of principle and suggest that in the future, a fully integrated liquid biopsy approach to diagnose and monitor disease could be possible”

Diagnosing a patient with HPV-associated head and neck cancer through conventional methods has limitations. Tests, such as surgical biopsy, are invasive, and others, such as fine needle aspiration, may require repeat biopsies. Further, biopsies, CT and PET imaging and physical exams can only detect cancers once they have grown to millions of cells and are “visible”.

Liquid biopsy provides a less-invasive method to detect cancers. Recent studies have shown that liquid biopsies can be used to monitor for recurrence in HPV-associated head and neck cancers. This new study takes the next step and asks if a highly accurate blood test, combined with routine imaging and physical exam findings, could eliminate the need for an invasive tissue biopsy all together.

The study is the first time a liquid biopsy has been tested as a reliable diagnostic tool at the time of presentation for HPV-associated head and neck cancers, according to the authors. In the study, researchers prospectively enrolled 70 individuals presenting with the new, assumed diagnosis of HPV-associated head and neck cancer and 70 control subjects from Mass Eye and Ear and MGH. All underwent routine physical exam and imaging.

They found liquid biopsy was significantly more accurate than standard of care, with 98.4 percent sensitivity for identifying a positive result and 98.6 percent specificity for detecting a negative result. When liquid biopsy was combined with routine imaging and physical exam findings, diagnostic sensitivity was 95.1 percent and diagnostic specificity was 98.6 percent. The average time from first presentation to a health care provider to diagnosis was 15 days, 63 percent less than typical methods (41 days). Costs of the liquid biopsy were also significantly lower than conventional methods with an average estimated savings of over $6,000 per patient. Decreasing the time to obtain a diagnosis by a month is important to reduce the unsettling anxiety that patients experience between when they first present to a doctor with a concerning symptom, and when they eventually receive the diagnosis of cancer, according to Dr. Faden.

The custom liquid biopsy developed and applied in this study detects microscopic levels of HPV DNA floating in the blood. The test builds on the expanding field of cell-free DNA in cancer screening and diagnostics research. Cell-free DNA are fragments of DNA that break off cancer cells and are released into the bloodstream. While cell-free DNA can be difficult to detect for some cancers, HPV-associated cancers offer a major advantage because they release HPV DNA, which is only found in the bloodstream with the presence of an HPV-associated cancer.

As a result of these findings, a Mass Eye and Ear team, led by Dr. Faden and Jeremy D. Richmon, MD, director of Head and Neck Robotic Surgery, has designed a clinical trial which will validate the findings from this study, as well as use the liquid biopsy to make real time decisions for patients during treatment to personalize care for each patient. This clinical trial will open for patients in 2022.

Head and neck cancer is a common cancer in the United States and worldwide, especially in adults aged 50 years and older. Rates of one type of head and neck cancer affecting the area of the throat behind the mouth, the oropharynx, have dramatically risen in recent years, driven by HPV, which now accounts for roughly 75 percent of all cases of oropharyngeal cancers in the United States.

When caught early, these cancers can be removed by surgery or treated with radiation. Once the cancer grows, and spreads through the lymph nodes, treatment becomes more challenging and patients often suffer life-long from the side effects of treatment.

“Liquid biopsy is an extremely promising approach to improve diagnostics for patients and to provide more essential information to surgeons faster,” said study co-author Mark A. Varvares, MD, FACS, chief of otolaryngology–head and neck surgery at Mass Eye and Ear and the John W. Merriam/William W. Montgomery Professor and Chair of Otolaryngology–Head and Neck Surgery at Harvard Medical School. “The ability to shorten the time from presentation to diagnosis will have significant impact on expediting the initiation of treatment, which will improve outcomes and decease patient anxiety. Sending a tube of blood into the lab when a patient first arrives can considerably cut down on time to diagnosis and lead to faster care.”

Massachusetts Eye and Ear, founded in 1824, is an international center for treatment and research and a teaching hospital of Harvard Medical School. A member of Mass General Brigham, Mass Eye and Ear specializes in ophthalmology (eye care) and otolaryngology–head and neck surgery (ear, nose and throat care). Mass Eye and Ear clinicians provide care ranging from the routine to the very complex. Also home to the world's largest community of hearing and vision researchers, Mass Eye and Ear scientists are driven by a mission to discover the basic biology underlying conditions affecting the eyes, ears, nose, throat, head and neck and to develop new treatments and cures. In the 2021–2022 “Best Hospitals Survey,” U.S. News & World Report ranked Mass Eye and Ear #4 in the nation for eye care and #2 for ear, nose and throat care. For more information about life-changing care and research at Mass Eye and Ear, visit our blog, Focus, and follow us on Instagram, Twitter and Facebook.